Turning Up The Heat with Virginia Natural Gas | George Faatz

This week, we're turning up the heat with Virginia Natural Gas's George Faatz

When George Faatz first started with Virginia Natural Gas in 2011, it was only fitting to also be part of the company’s support of and participation in Polar Plunge, Special Olympics Virginia’s largest annual fundraiser where thousands of people run into the icy Atlantic Ocean in February to raise money for Special Olympics athletes across the Commonwealth.

“Polar Plunge is a focal point of our charitable mission at Virginia Natural Gas, so of course I wanted to support the effort,” he said. “It was also a way to meet people in the company.”

That was nine plunges ago and since that first cold beach dash, George truly has “turned up the heat” not only in his fundraising efforts, but also in his passion for Special Olympics Virginia.

“I fully believe in the work Special Olympics does to create equity among athletes in our community,” said George, who also is a board member and volunteers with the Virginia Gentleman Foundation, a group who, among other things, built Virginia Beach’s Grommet Island, the first-ever fully handicap-accessible beach park and playground in the nation. “Accessibility and equity are so important; we need to level the playing field for people with disabilities.”

While he may be leveling the sports playing fields, George is hard to beat when it comes to fundraising. Last year, he tipped the scales with a record-breaking $17,183 raised, pushing his total fundraising efforts since that first plunge in 2012 past $50,000.

“Through the years, I have built a list of incredible supporters,” he said. “Each year that list seems to get bigger and bigger and I’m always humbled by everyone’s generosity.” 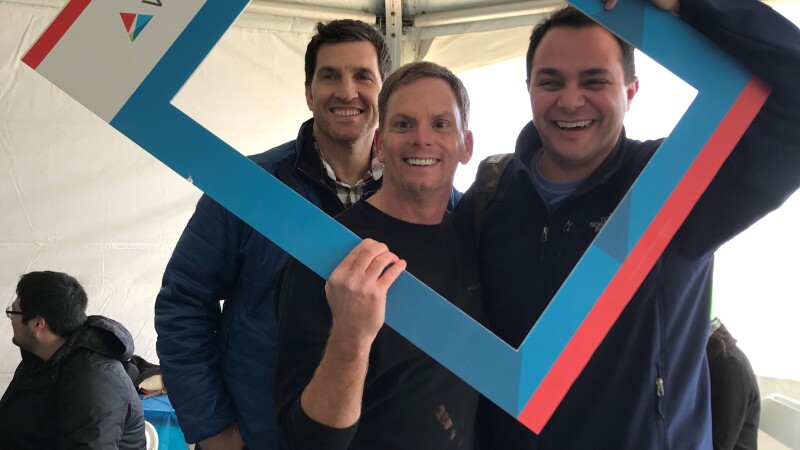 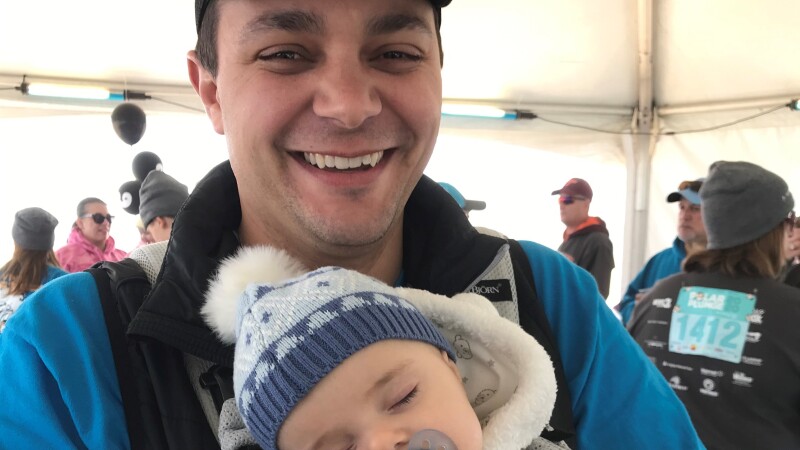 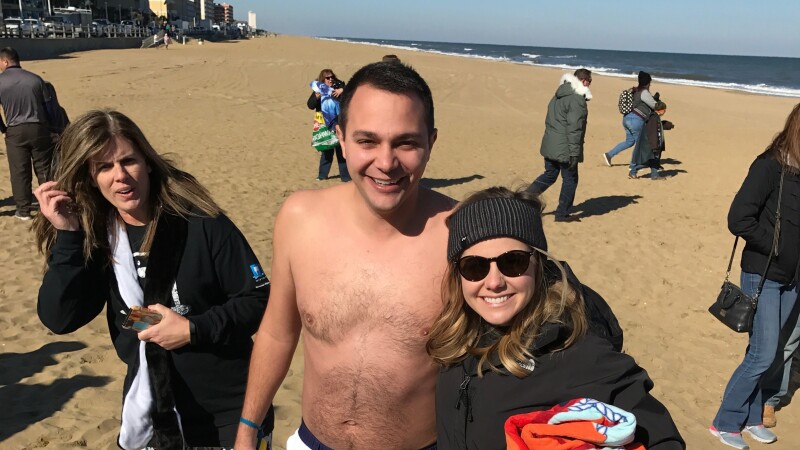 George added that friends and family may have felt extra generous last year because he ended up plunging into the James River in Richmond on his own because he was out of town during the Virginia Beach event.

“I think that was the coldest plunge I’ve ever done, and my first night plunge,” he said. “It was very shallow so I had to wade pretty far out in order to get fully wet. The water was like ice, but no matter where I am, you will never catch me splashing around just getting my ankles wet.”

George also credits his fundraising success to spreading the word on his social media channels – and sometimes tossing in a “challenge” if he is getting close to a goal.

“Healthy competition never hurts,” he said. “One year I threw down the challenge that my wife, Christen, would join me if a hit my goal – and I did, and she did!”

This year, Christen, who also has been George’s faithful “towel holder” – a crucial volunteer support role during plunge weekend – will happily support on dry land as she’ll be just about ready to deliver their third child.

Still, he encourages everyone else to join him. His advice to anyone taking their first plunge in 2023? Wear socks (the sand is icy cold while you wait to splash) and bring a group of friends. Oh, and be sure to go ALL IN.

Turning Up The Heat With VNG